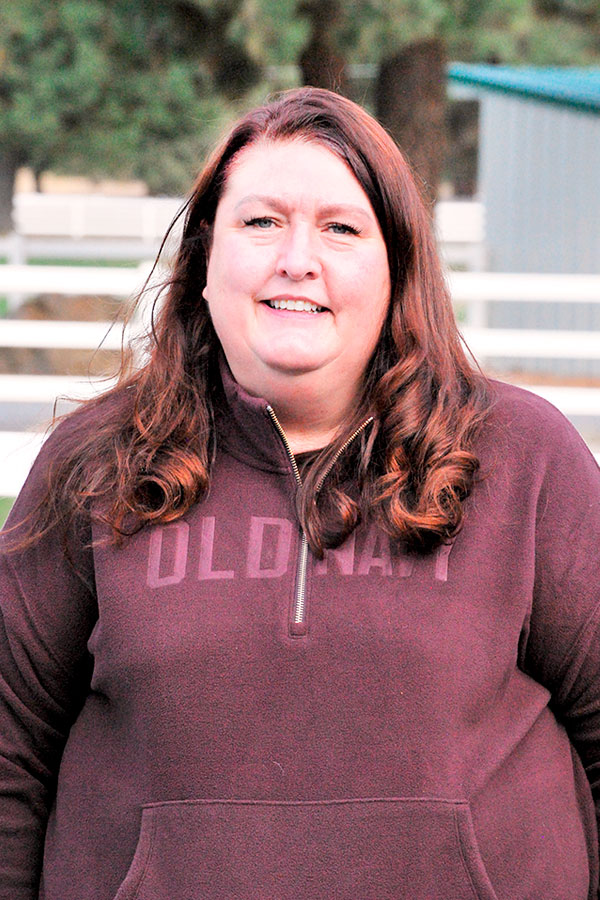 Dawn is a Vice President Bank Manager with First Interstate Bank, serving individual, business clients and partners all over the region. Dawn is a native Oregonian whose love of horses and commitment to community service made the Healing Reins Board a natural fit. She is a graduate of the Leadership Bend class of 2014, sits on the First Interstate Bank Commitment to Community committee, and has volunteered in a variety of leadership and support capacities within the Central Oregon Community.
Dawn is married with two grown daughters and a granddaughter and enjoys tending to her menagerie of horses, dogs, goats and chickens. The Cofer family proudly sponsors “Ike”. Dawn is committed to helping Healing Reins sustain its vital programs so that anyone in need can access these life-changing services. 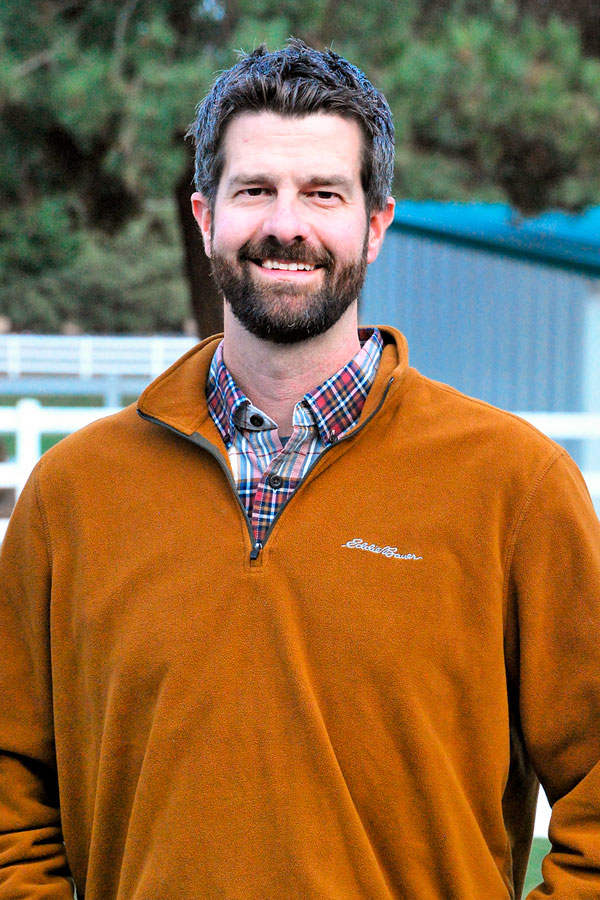 Adam is the Manager of Database Administration for DealerSocket, a leading automotive industry CRM tool based in Dallas, TX. He has been with the company since 2006 and has worked remotely from Bend since 2013. He’s a founder and volunteer leader of Frontline Families, a community-wide adoptive/foster family support group through Westside Church in Bend. Adam loves to fish the rivers and lakes, taste the craft beers and run the trails of Central Oregon every chance he gets. His wife Dani has been a certified therapeutic horsemanship instructor for over a decade and has been on staff at Healing Reins since 2013.  They have two children through adoption (Adelay and Isaiah) and a small ranch east of Bend. ‘Adam is a passionate supporter of Healing Reins and owns two of the program’s horses. 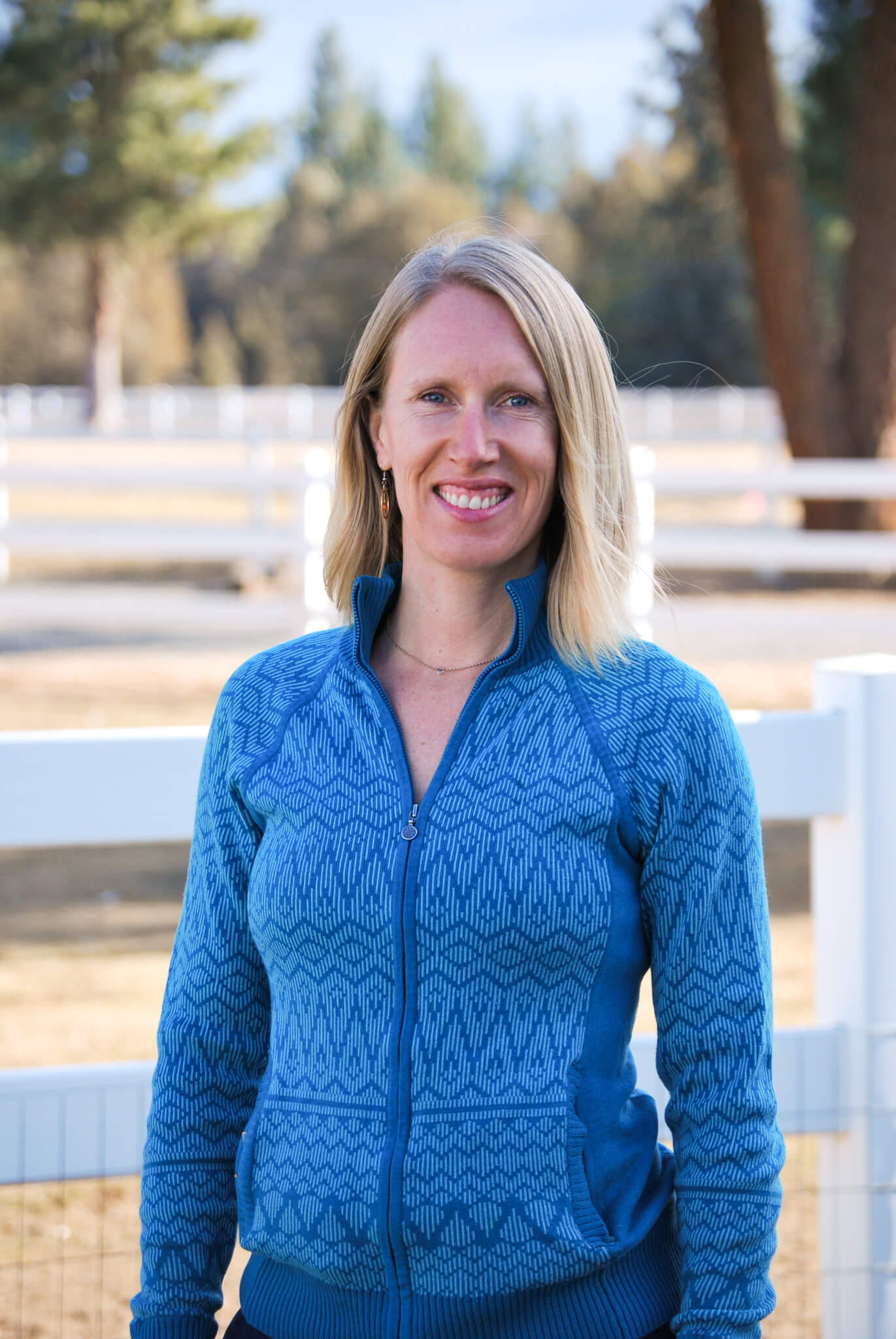 Rachael is a Licensed Clinical Social Worker, she runs a private practice for mental health services here in Central Oregon. She is devoted to her community; helping people heal from life’s difficulties. She specialized in trauma therapy, employing EMDR and Somatic Experiencing.
Rachael has been involved in equine assisted therapy since 2005. She is inspired by all that the horses can do to incite recovery of both body and mind. She is thrilled to support to Healing Reins in their mission for our community.
An Alaskan native, Rachael loves the mountains and seasons of central Oregon. When she is not working, she is outdoors with her husband and kiddo. She loves adventuring on horseback, on the boat, or hiking new trails. 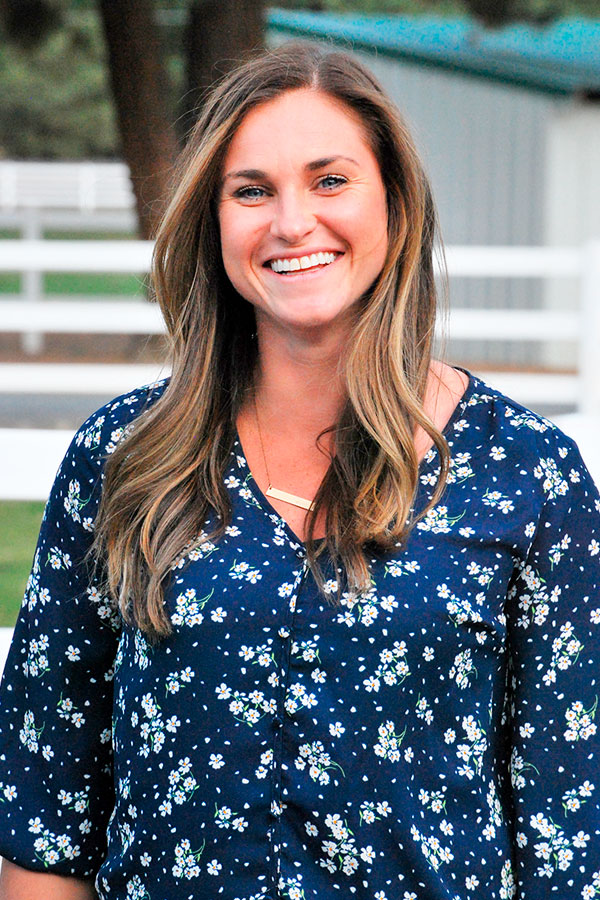 Heather is a CPA with Price Fronk & Co and brings a wealth of experience in areas including individual, business and not-for-profit tax preparation, commercial, municipal and not-for-profit audits, and financial statement preparation. Raised in nearby Sisters, Heather graduated from the University of Oregon and received a Bachelor of Science degree in Accounting with a Minor in Economics. Outside of the workplace, Heather enjoys spending time with her husband, Tyler, and their two boxers, Diesel and Jax, savoring the Central Oregon outdoor lifestyle. Heather visited and learned about Healing Reins through the Leadership Bend Class of 2018 and continues to be excited to give back to her community by using her experience as a CPA to serve on the Board of Directors to help Healing Reins grow and change as many lives as possible. 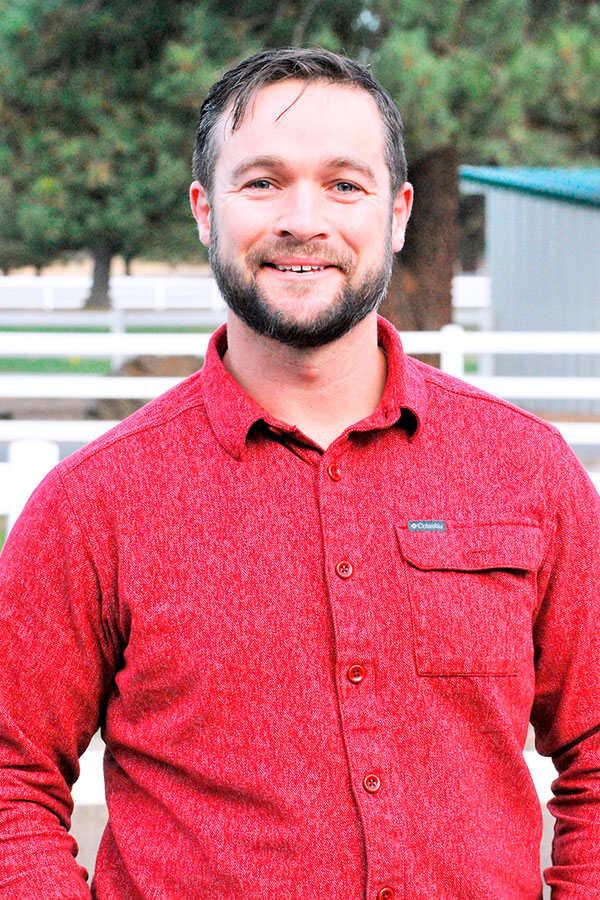 Ben is a litigator and trial attorney at Lynch Conger, LLP in Bend, Oregon. Some of his practice areas include business, employment, contract, construction, and education law. Prior to moving to Bend, Ben represented school districts and community colleges before becoming a prosecutor in Klamath County and Crook County.
Once in Bend, Ben found Healing Reins through a close friend, who invited him to attend the annual Diamonds and Dust event. Ben was impressed with Healing Reins’ professionalism, organization and commitment to maintaining its premier center accreditation through PATH International. Ben is committed to helping Healing Reins provide equine-assisted services while staying true to Central Oregon’s historical connection to horses and frontier spirit. 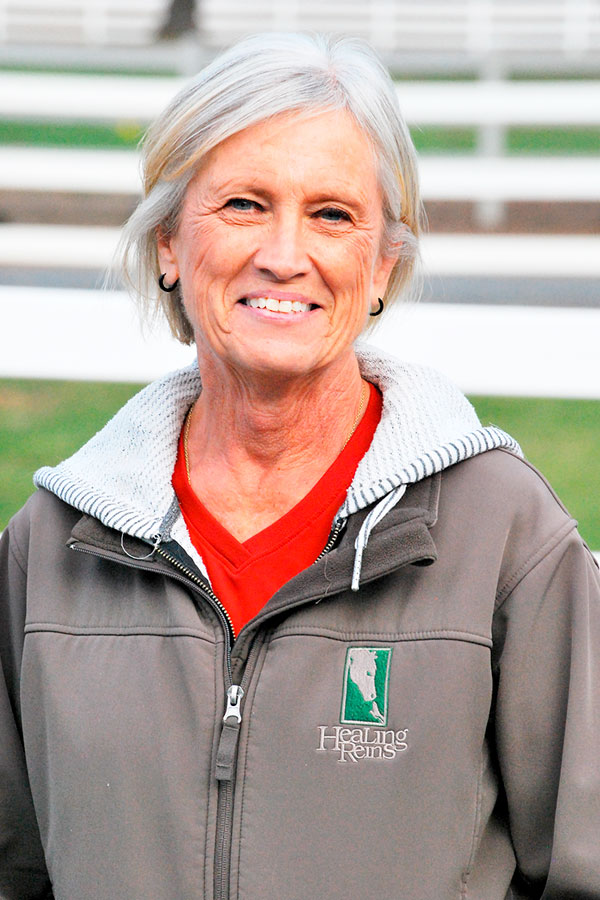 Georgia has been a pediatric physical therapist for 50 years. She grew up outside of Buffalo, New York, and received her Bachelor of Science degree in Physical Therapy from Ithaca College. She went on to attain her specialist certification in pediatric physical therapy, a Masters of Science degree in Human Development  and her certification in the Neurodevelopmental Treatment Approach for pediatrics and babies. In 2003 she started the hippotherapy physical therapy program at Healing Reins. Georgia knows first hand about the wonderful programs at Healing Reins and their impact on the community. Georgia is also on the Board of Directors of Treehouse Therapies, a Healing Reins partner. In her “down” time Georgia enjoys exploring the parks and trails of Central Oregon with her fox red Lab, Raider. 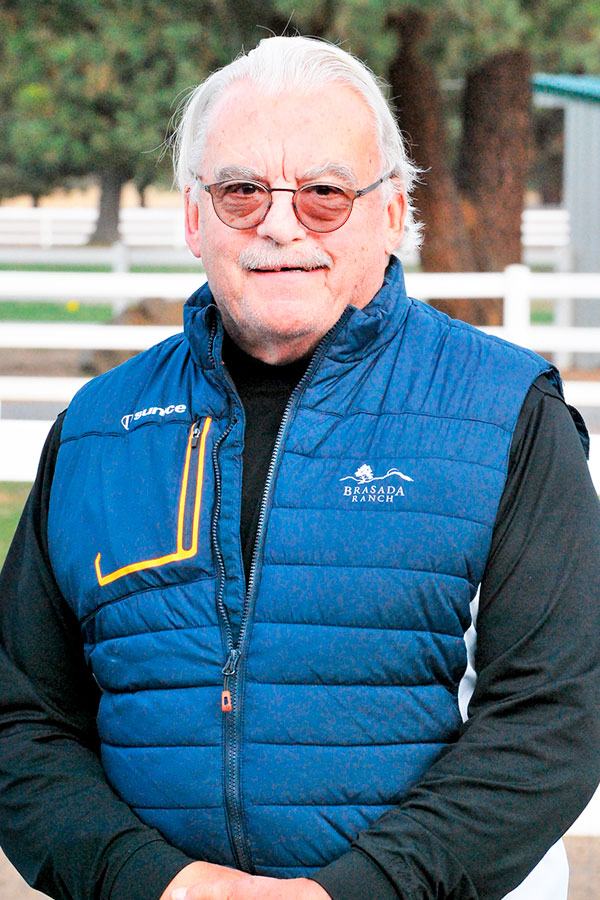 Jim and his wife Rebecca live at Brasada Ranch and own Kitty, one of Healing Reins’ Healing Herd Team Members. Kitty is a Chestnut Overo Paint horse that has been with Healing Reins since 2018.
Like Jim, Kitty has a big personality and a stellar work ethic and Healing Reins is thrilled to have them both working so hard on behalf of the organization.
. 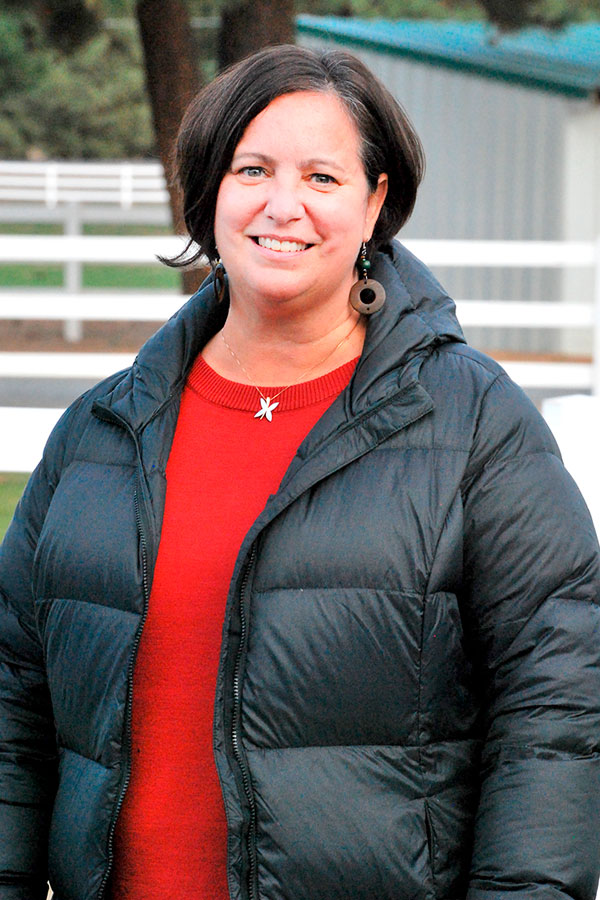 Heidi is Director of Membership for Economic Development for Central Oregon (EDCO), a private non-profit whose mission is to create middle-class jobs in Central Oregon. Heidi is a native Central Oregonian who has undertaken her own entrepreneurial endeavors in land investments, land development projects, and business ownership. Prior to EDCO, she worked for nine years as a Marketing Manager for a local brewery. Heidi holds a BA in International Relations from United States International University. Heidi enjoys serving, collaborating, and unifying a diverse group of regional leaders and businesses that are the key to a vibrant and prosperous community. This combined with Heidi’s lifelong love of horses has her enthused to be a part of Healing Reins and helping move the organization’s meaningful mission forward. 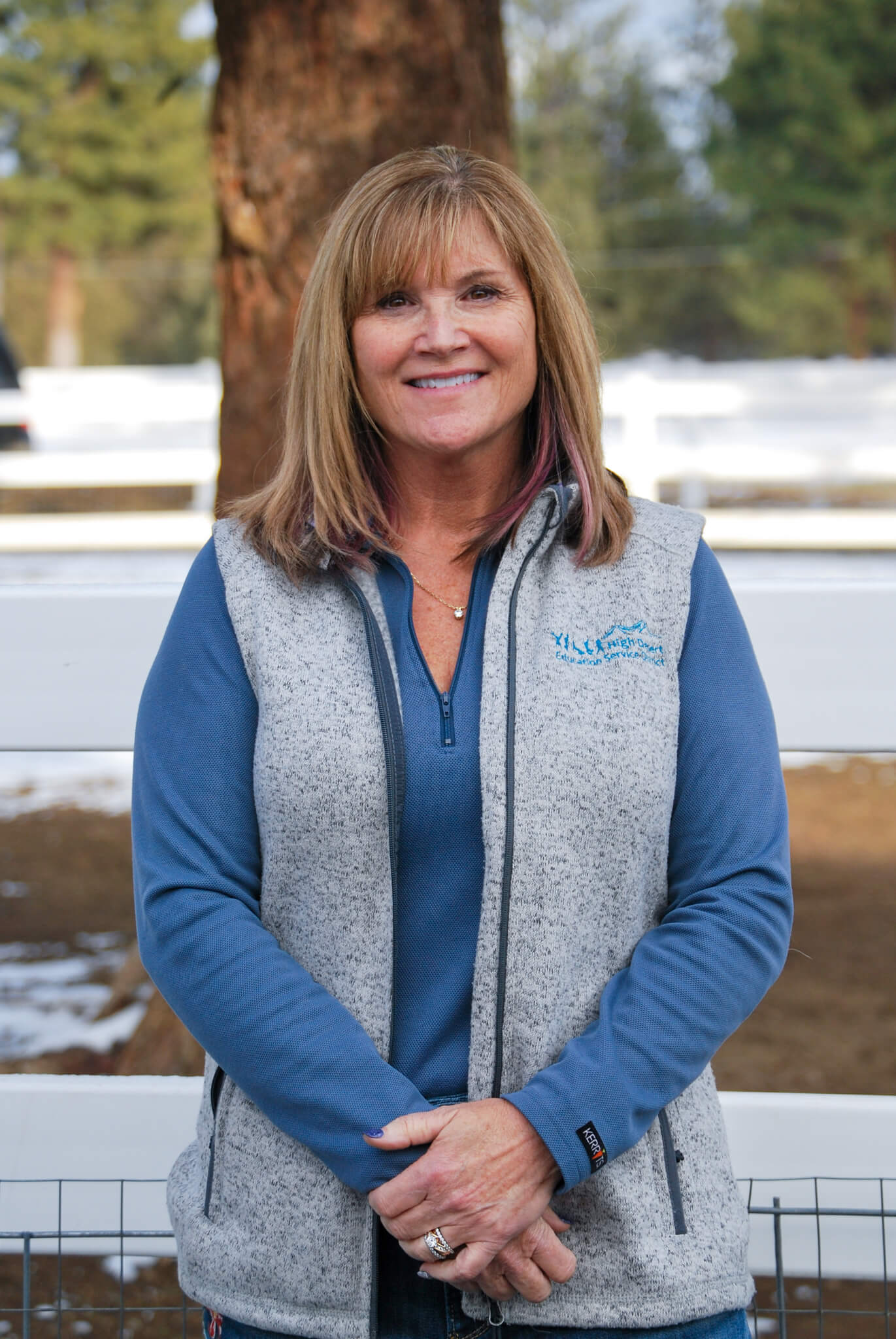 Elizabeth grew up in Bend and graduated from Mountain View High School. After earning her Bachelors Degree in Law Enforcement at Western Oregon State College, she went to work for the Department of Defense at TRW Space and Defense in Redondo Beach California.  She returned to Bend in 1991, when she accepted a job with the Bend Police Department.  Recently she retired after 30 years of service to the Bend community. During the last 6 years of her service she developed the behavioral health unit – the Community Response Team and along with her specialized police officers, co-responding social worker and Therapy Dog responded to 9-1-1 crisis calls for service.  They also followed up with families and clients when they weren’t in crisis to make sure they were engaged in services. Elizabeth is currently employed as a Student Safety Specialist with the High Desert Education Service District. She and her husband Vance, who retired from DCSO as a Sergeant, live on a small horse property in Bend along with their 2 Therapy Dogs and horse.  Elizabeth has ridden horses for 30 years and competes in 3-day-eventing.

Marc has been a member of Healing Reins board since 2015, when he returned to the Pacific Northwest after many years in the Midwest / East Coast working in leadership roles with the U.S. Army, Lucent Technologies and, most recently, Siemens Healthineers. He grew up in Eastern Washington and earned his degree in Mechanical Engineering at the University of Colorado, Boulder, and his graduate degrees (Masters of Engineering Management – McCormick, Masters of Business Administration - Kellogg) from Northwestern University in Evanston, IL. Marc is currently working on several start-up entrepreneurial opportunities in the outdoor industry while supporting the local community, serving serval years as board chair with Healing Reins and as a volunteer with the Deschutes County Search & Rescue team.

Barbara Newman is a Board-Certified Obstetrician/Gynecologist, who is the Medical Director of Outpatient OB/GYN Services in Redmond for St. Charles Medical Group. She was the senior partner in a six-member OB/Gyn practice in California for 26 years and has had a home in Central Oregon for 15 years. Appreciation for community service and organization arose from her active-duty military service as an Army physician, both in the United States and Korea. As a horse owner and sponsor of “Axel,” Barbara believes in the unspoken bonds that develop between horse and rider, as well as the unique relationships which make Healing Reins’ programs so important to the well-being of its riders, instructors, and volunteers.

Graham is a commercial real estate broker with Compass Commercial Real Estate Services, serving clients and partners all over Central Oregon. Graham’s work engages him in the activities of the local government and private sectors making him an important advocate for Healing Reins in the community. Although Graham is an Oregon native, he earned his BA from the University of Puget Sound in Tacoma, Washington, and spent more than 12 years of his career in Seattle working for one of the largest real estate investment advisory firms in the world. He relocated to Bend in 2013 to realize his dream of raising his family in Central Oregon and hasn’t looked back! He is excited about the opportunity to serve on this local non-profit board whose mission is to directly serve those in its community. He was drawn to Healing Reins because of its unique mission to heal people with horses; a simple but powerful purpose that people can instinctively understand even without experiencing it.